Inside – the Texas Fruitcake Queen was an innovative farm wife who took eight simple steps to create success with a part-time business she started in her kitchen. 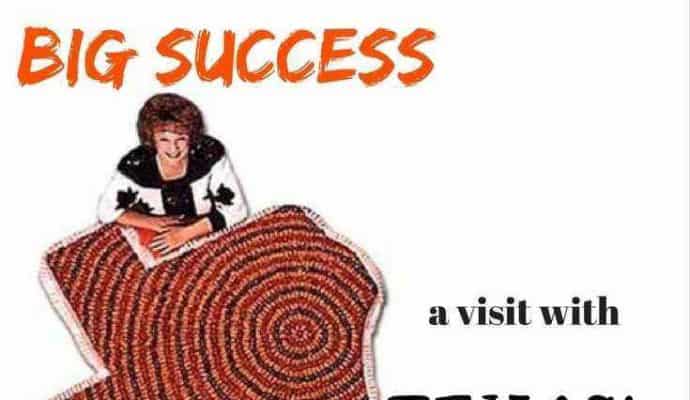 Gladys Farek was a wife and mother of six girls who held down the farm for her traveling salesman husband.  She fed and cared for her daughters and the cattle, keeping their homestead functioning in Cistern, Texas (population 150).

And in her spare time, she became Texas’ fruitcake queen, appearing on “The Tonight Show” with Johnny Carson and “The David Letterman Show.”

How did she do it?  More importantly, what business and life lessons can you and I learn from Gladys?

I met Gladys a few years ago at a country wedding outside of Schulenburg.  She was the grandmother of the bride.

In the first 15 minutes with her,  I knew all about Gladys’ Bakery, and her alter-ego as the Texas fruitcake queen.

Gladys was then 83 years old, but could easily pass for younger with her style and vivacity.  She delighted in showing off her husband Jimmy like a newly-wed, even though they’ve been married three years.

I get the impression Gladys has had that same enthusiasm for every part of her life, a big key to her success.  Here are the other keys:

8 ways to work hard & amaze others with your success

It’s just a few miles north of exit 677 on I-10 west in the heart of Texas’ Czech country.  The painted church in Dubina is only a half-mile farther, another reason to stop.

While most of the business is now from mail order or off-site sellers like Prazek’s, people can and do still stop by the bakery.  Just check the seasonal retail hours and directions at Gladysfruitcakes.com.

Then call Melissa, and she’ll have a fruitcake, a rum cake or a dozen Texas-sized cookies ready for you. 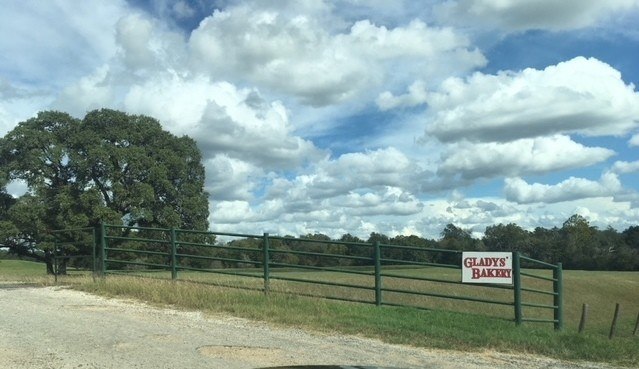 The key takeaway from our Texas Fruitcake Queen

I repeat, make sure to call Melissa first.

Like her mom, Melissa puts her family first.  That means her time at Gladys’ Bakery sometimes takes a back seat to her kids’ needs.

I think building a business that allows that balance, and family members who maintain it are the real lasting legacies of Gladys Farek.

Have you met a Texas original?

Just scroll done to the comments section and tell me about the place or person that fascinates you.  I love hearing from you.