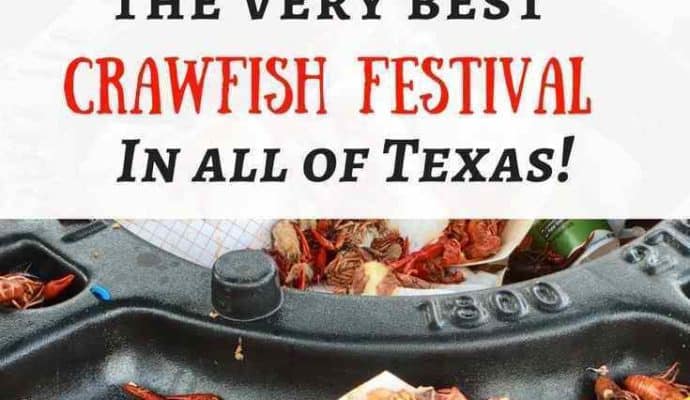 How the crawfish bash started

There are some changes from the original story I heard, but that happens with memories.  The basics are these.   A few years ago, a funeral director, an electrician and a pipeline inspector were spending New Year’s at a fish camp on Moses Lake at Dickinson Bayou.  Mark Crowder, Quentin Severin and Tiny Guidry were relaxing over a few beers .

Somehow, the subject of crawfish came up.  I suspect one of them got an envie  or craving for the tasty little mudbugs.  According to Quentin, they were too lazy to boil them up themselves, so they came up with the idea of hosting a cookoff.

Ladies, can’t you just see a couple of men thinking that hosting an event would be less work than doing it themselves?  One more reason I know God gave women the responsibility of the survival of our species.

But the beer-fueled idea sounded good to Mark, Quentin and Tiny so they put it up on Facebook.  And suddenly, these lazy guys were committed to holding a cookoff.

That first year, plans for 500 pounds of crawfish grew to 3,500 pounds and then to 4,800 pounds almost overnight. Two weeks before the event, it was moved from Mark’s fish camp to Diamond Jim’s on Loop 197 in Texas City.  One thousand people had paid $20 for all-you-can-eat wristbands and there was still $4,500 left over.  They donated the unexpected windfall to the Sante Fe Education Foundation.

As the donations got bigger, the Bash scrutinized charities to see where their money would go the farthest and do the most good. The founders already had an affinity for veterans. Quentin was a disabled vet.  On Michael Berry’s radio show, they heard about Camp Hope, a local group helping some of the hardest hit veterans.

Camp Hope was a place for the veterans with combat PTSD.  Combat PTSD was ripping families apart and causing veterans to harm or kill themselves.    Faith-based and run by David Maulsby, Camp Hope would use 100% of the Bash’s donation to provide interim housing and care for veterans.  As importantly, Camp Hope would also host the immediate families who were also affected by combat related PTSD. The Bash folks met with Maulsby, toured the camp, and realized they’d found the focus for their event.

2017’s Bigass Crawfish Bash took up over a million square feet of paved space at Gulf Greyhound Raceway. By 3 pm, 14,988 wristbands were scanned. Then the scanners broke. Still the crowd poured in. The massive parking lot was full. Cars were parked four deep at the long, winding entrance to the parking kiosks and all along the road and in retail parking lots.

Teams from companies and restaurants like Bubba’s on Tiki Island (last year’s winner) boiled against community groups from San Leon and the Hitchcock Fire Department. Team FOIL from Galveston challenged people to figure out what their name stood for. “I’m local and proud of it” is the G-version. Everyone was offering you a plate of their special crawfish.

On the big Budweiser stage, Lafayette hard-country band, Doublewide, played music that made you feel like you’d wandered down some dirt back road in Acadiana. Outrageously costumed teams drummed up support to win the gloriously tacky Bigass trophy.

Focus on the Veterans

Opposite the stage, 95-year-old Col. Joe McPhail (USMC-Retired) kept the focus on the veterans. Col. McPhail, a Marine pilot who flew missions in WW2 and Korea, signed autographs and took pictures with the crowd. He bought home the heroic exploits that the quiet man or woman sitting next to you may have done,  while in uniform.

Never doubt that big,  lasting, important things can be won by the efforts of one or a few brave, committed  men or women. Just like a crazy, wonderful, funky event started by three guys relaxing with a couple of beers.  While you are stuffing your face with crawfish and feeding the seagulls, think about that.  Sounds like you better check out the Bigass Crawfish Bash this year, doesn’t it?  Here are the details: